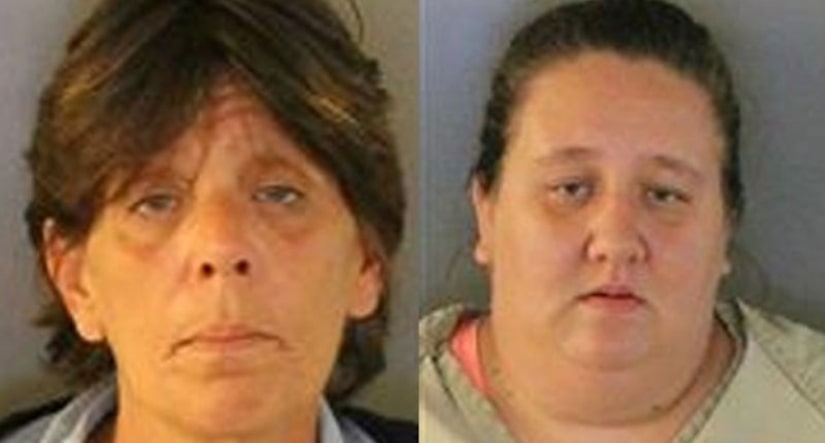 CHARLOTTE COUNTY, Fla. -- (WGHP) -- Two Florida caregivers are accused of neglecting the elderly after a man was found naked on the floor lying in his feces after Hurricane Irma.

According to arrest reports, Farren Webb, 31, and her mother Traci Waggoner, 54, were arrested on Nov. 17 and are charged with neglect of an elderly or disabled adult with great harm.

The report says that on Sept. 17, a friend of the victim, Sharon Adkins, decided to check on him after not seeing his caregiver's vehicle there for a while.

Adkins found the 91-year-old victim lying on the floor in the living room naked in his feces, and it appeared he was there for a substantial period of time.

He was too weak to speak at the time he was found. Reports say that there was very little food in the house, urine and feces covered the floor, water damage in the ceiling, dishes on the floor, and standing, moldy water in the sink.

She then contacted Webb, who said she and her mother had been in Indiana since before Hurricane Irma and had not made arrangements for anyone to look after the victim. Adkins discovered the victim seven days after Hurricane Irma.

Adkins said that Webb and Waggoner are paid by the victim to look after him, but does not stay with him. According to the report, the caregivers had a duty to find a replacement caregiver knowing the victim was dependent on assistance.

The report says that the two caregivers receive $400 to $500 per week to assist the victim.

The victim suffers from physical and mental limitations. He needs assistance with walking, bathing, grooming, transportation, cooking, cleaning, and medication management, according to the arrest report.

Waggoner claimed that they couldn't get the victim out of the home to evacuate before Hurricane Irma, and they made two or three attempts to contact emergency services to assist.

However, according to the arrest report, phone records do not indicate that these phone calls were made.