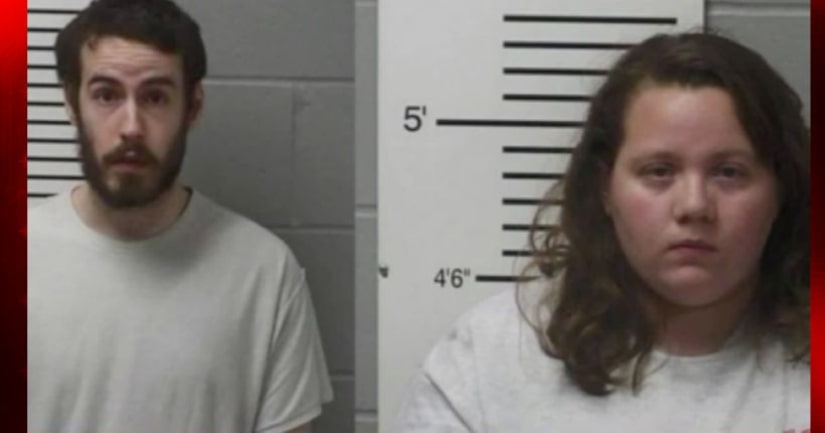 TROY, Mo. -- (KTVI) -- An 11-month-old Missouri boy is hospitalized with bite marks, a broken nose, damaged ear drums and other injuries, and police believe his father is responsible.

Lincoln County prosecutors charged Brandon Johnson of Troy with three counts of child abuse causing serious physical injury. The mother, Kristen Hopper, is charged with one count of the same crime. Johnson is held on $250,000 cash-only bond and Hopper on $100,000 cash-only bond. Neither has an attorney.

Johnson's mother called police on Friday. Detective Tony Stuart says the child had bruises over his entire body, cuts to the head and face. He was bleeding from the ears and nose and had severe injuries inside his mouth.