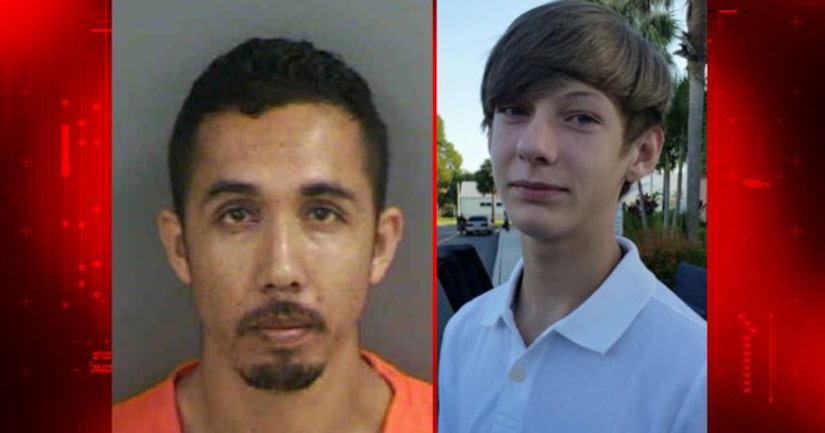 COLLIER COUNTY, Fla. -- (WBBH) -- A 13-year-old Naples boy is dead and a suspect behind bars after a hit-and-run crash.

Collier County deputies said Shayden Colvin was riding his bicycle near Lakewood Boulevard and Estey Avenue late Friday when he was struck by a pickup.

The driver, Pedro Silvadiaz, was pulled over by a deputy at Green and Sunshine boulevards after a witness who saw the crash described the vehicle. Silvadiaz told the deputy he was going to make a left onto Estey when he "felt a big thump on the front left side of his vehicle for a second." He said he didn't stop because he thought he had run over a nail.

Silvadiaz, 32, faces charges of driving with an expired license and leaving the scene of a crash involving great bodily injury.

He remains in the Collier County Jail.

Shayden's family said a vigil is planned in the Boy Scout's Iowa hometown. A GoFundMe has been set up to help the famiy with expenses. As of Monday morning, it had already surpassed $10,000.