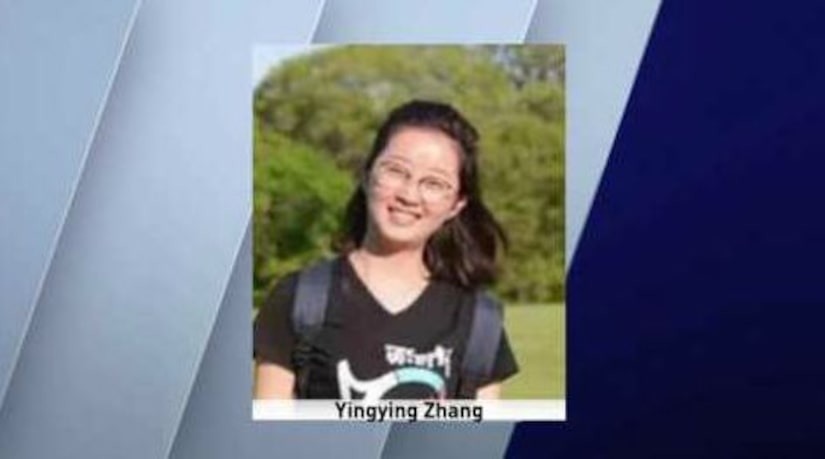 URBANA, Ill. -- (WGN) -- For more than four months, Ronggao Zhang has walked to his missing daughter's apartment almost every day. At first, he stood outside, hoping she would show up one afternoon. But even after he was told she'd been kidnapped and was presumed dead, he's continued his routine.“It brings peace and comfort to my heart,” Zhang explained in Mandarin, through a translator.

His daughter, Yingying Zhang, a 26-year-old visiting scholar at the University of Illinois at Urbana-Champaign, disappeared June 9 on her way to sign an apartment lease. A former graduate student has been charged with kidnapping and killing her. Zhang's body has not been found.

A few days ago, Zhang's father made a final visit to the Orchard Downs apartments with his wife, 24-year-old son and daughter's boyfriend as they prepared to return to China. They arrived here after Zhang vanished, hopeful in the beginning that she'd be found alive. After authorities relayed the grim news, they decided to stay until her remains were found so they could take her home for a proper burial, in accordance with Chinese customs.

FULL STORY: 'How do I spend the rest of my life without my daughter?' - WGN