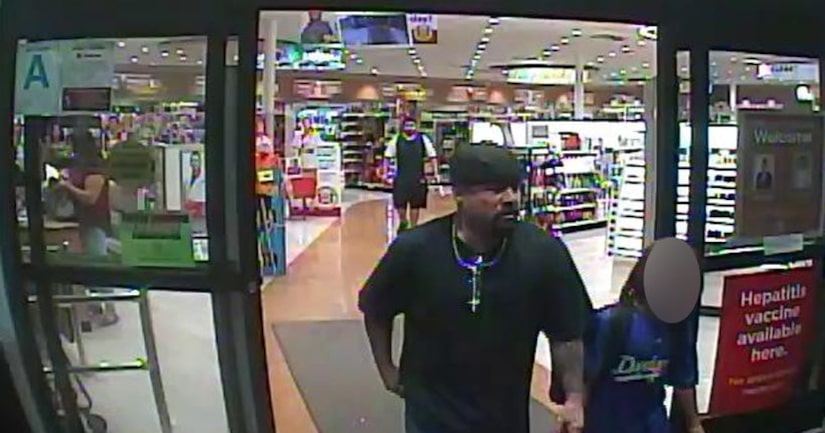 GLENDALE, Calif. -- (KTLA) -- Glendale police are hoping the public can help identify a man they accuse of shoplifting from a local Rite-Aid and using a child as an accessory to the crime

The man could be seen in security footage entering the store's 707 N. Pacific Ave. location on Oct. 26 around 6:42 p.m., accompanied by the child. Tahnee Lightfoot, a spokeswoman for the Glendale Police Department, said the two went to the liquor aisle where the man grabbed a bottle of alcohol, removed its anti-theft device and hid the bottle in his pants.

The child stood next to and watched the man throughout this process.