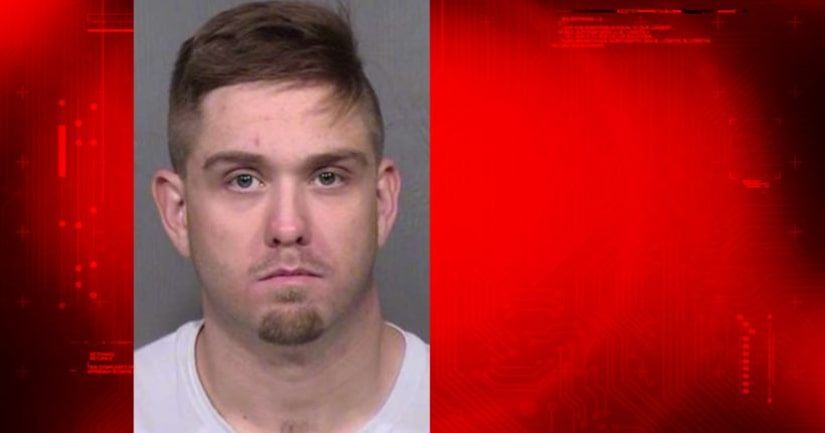 CHANDLER, Ariz. -- (KNXV) -- A Valley man is accused of attacking his parents inside and outside their Chandler home.

According to Chandler police, on October 27, James Anthony McPherson, 28, came into the kitchen naked and sat down at the table. His mother left the room and soon heard sounds of arguing and things being broken.

Authorities say the argument turned physical when McPherson followed his father into the bedroom. His mother left the house but was caught in the garage and brought back into the home.

McPherson stood in the doorway refusing to let them leave. Police reports indicate McPherson knocked his father to the ground and smashed his head on the kitchen floor. His mother managed to escape and make it to a neighbor's house but was caught before she could ring the doorbell. McPherson dragged his mother back to the house, pushed her on the floor and held her there.

Reports indicate McPherson then attacked his father with a Swiffer Wet Jet, striking him in the eye, and causing him to bleed.