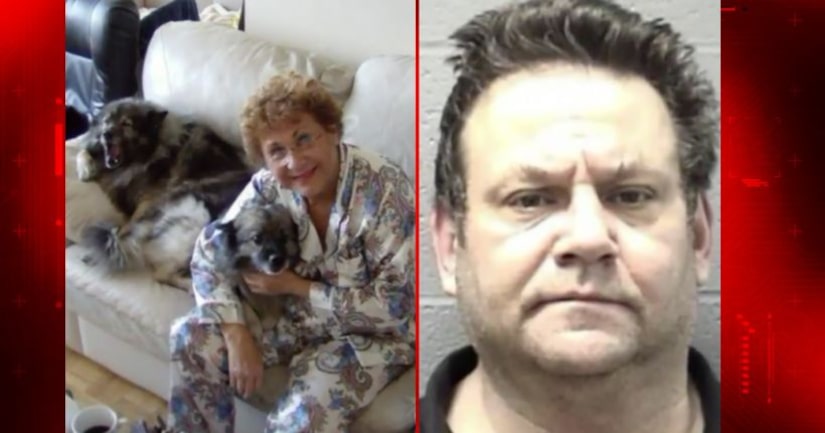 WARNING: Story contains graphic details. May be disturbing to some.

ELGIN, Ill. -- (WGN) -- An Elgin man has been charged in the murder of his 76-year-old mother, Gail Peck, whose remains were found in the Lincoln Park Lagoon.

Brian Peck, 55, faces a first-degree murder charge, as well as charges related to dismemberment and concealing a body.

He appeared in court Tuesday and showed little emotion.

“I put her in the bath tub and hacked her up,” Brian Peck allegedly told police.

He was his mother's only child and he lived in her basement. On Tuesday, a judge called him an extreme threat to the public.

Brian lived with his mother in the 700 block of Littleton Trail, and told police Friday that she'd taken the dog for a walk and the dog had returned home without her. Police conducted a thorough search of the area, including using a drone and helicopter. Many local residents also helped look for Gail Peck.

Brian Peck originally called 911 and said his mom went missing while walking the dog. Days later prosecutors said he admitted to stomping on his mother and killing her early Wednesday morning after they got in a fight.

He then put her body in the bath tub, chopped her up, and made two trips to Chicago to dump her body in Montrose Harbor and Diversey Harbor. Records confirm his story.

Prosecutors said he initially denied killing his mother, saying she fell and cut her knee.

But once they told him they had him on video buying cleaning supplies, luggage, and tarps, he confessed. He said he had wanted to put her body in the freezer but when he tried to make room for it he hacked into the Freon. That's when he decided to dump her in the lake. Cops found blood all over the victim's bedroom.

“The defendant said he realized his mother was dead, put her in the bath tub and hacked her up and severed with hand saw that was found,” Maria McCarthy, assistant state's attorney said.