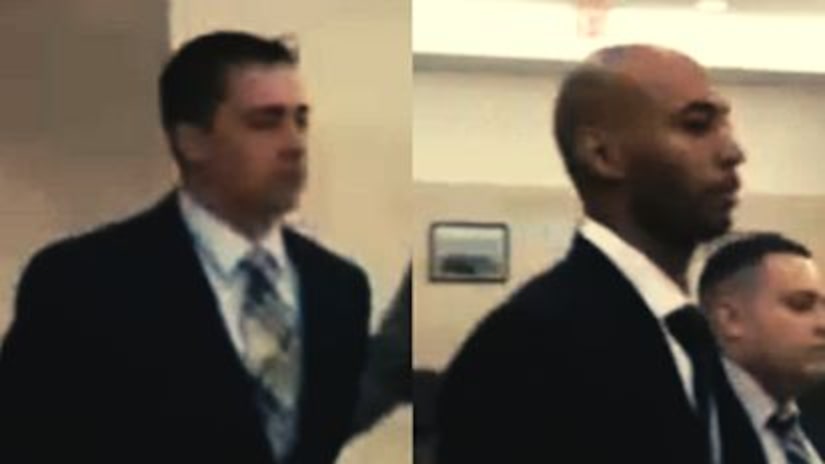 According to the investigation, on Sept. 15, around 7:30 p.m., Detective Eddie Martins, 37, and Detective Richard Hall, 32, were on duty and riding in a Dodge Caravan, as part of a team of plainclothes narcotics detectives. They left their post and drove to Calvert Vaux Park in Gravesend, Brooklyn.

Once they got there, Gonzalez said at a news conference on Monday afternoon, they carried out a variety of crimes. "Kidnapping this young lady," the acting D.A. said, "and sexual acts took place inside a police vehicle against her will."