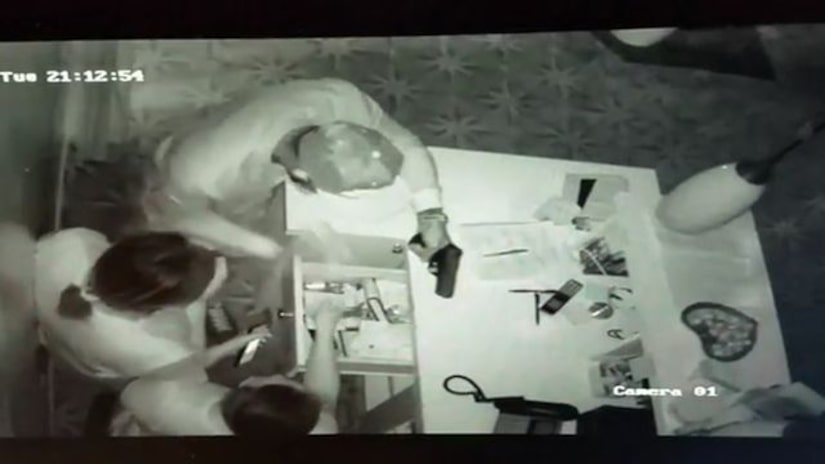 ATLANTA -- (WGCL) -- Crime Stoppers is offering a reward of $2,000 for information leading to the arrest of two men accused of robbing employees and customers of a local massage parlor at gunpoint.

The robbery happened around 10 p.m. on October 10 at the Cedar Massage on Bakers Ferry Road in Atlanta.

According to police, the suspects walked into the business and held employees and customers at gunpoint, making off with several cell phones and at least $700 in cash.

Surveillance video shows the suspects pointing guns at employees before taking their belongings.