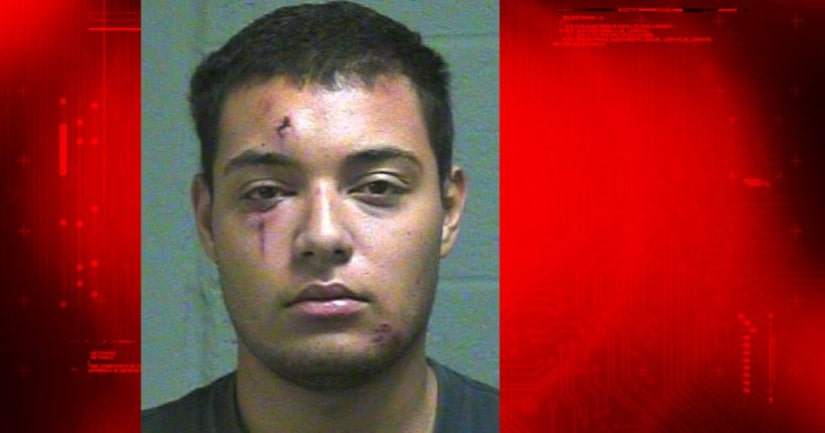 OKLAHOMA CITY -- (KFOR) -- A man is behind bars after police say he was found laying on top of a seven-year-old boy—a boy he didn't know and in a house he didn't live in.

The family says they left the door unlocked for another family member who was coming home.

According to the boy's sister, Brittain came in through the door.

After discovering the man was in the home, the mother tried to pull the man off of the boy and the man got out of the bed.

Police and the woman say Brittain was covered in blood and had multiple lacerations.

The sister of the boy says he picked up a Mother Mary statue and tried to defend himself. The woman says he made satanic references and talked about “being in another world.”

The woman says he then asked for a knife so that he could kill her and her family before asking for hugs.