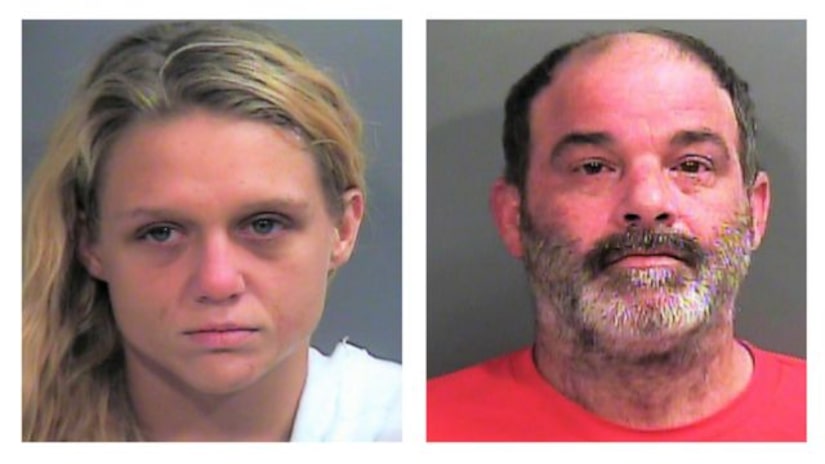 FAYETTEVILLE, Ark. -- (KLRT) -- A couple was arrested on Friday after their son tested positive for methamphetamine, authorities say.

The Fayetteville Police Department said Matthew W. Faith, 46, of Beebe was booked into the Washington County Detention Center on suspicion of possession of drug paraphernalia, public intoxication and first-degree endangering the welfare of a minor. The child's mother, Brandi Williams, 29, was also arrested in the case.

On Friday, police were called to Washington Regional Medical Center in response to a man and woman who brought their one-year-old in for ingesting meth. Faith said the infant was fussy all day and appeared to have "eaten a crack rock."

A urine test revealed meth and "several other illicit substances" in Faith's system, authorities said. A wrapper in Faith's car also tested positive for meth, according to police.

Police say controlled substances and paraphernalia items were located in the home where a child could easily access the items. Williams informed officers that she witnessed her one-year-old child eat a Roxycodone pill on Oct. 19.

Before the arrest, Williams told officers she was already under investigation with DHS and that she was passing urine tests by using someone else's urine.