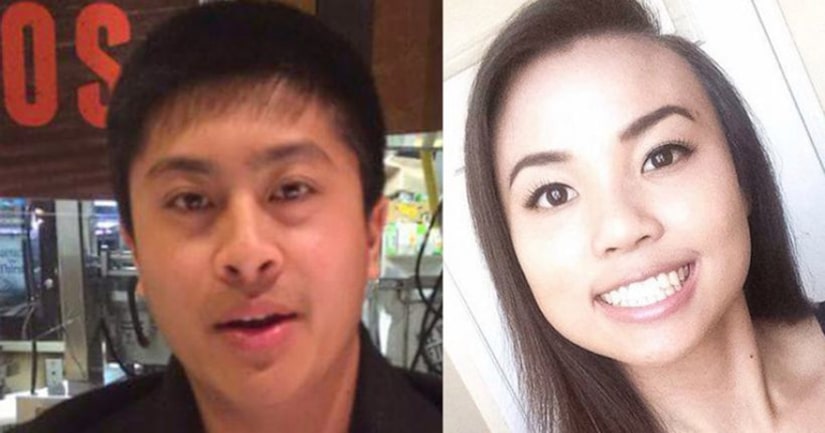 ORANGE COUNTY, Calif. -- (KTLA) -- An Orange County man whose body was found alongside his girlfriend's after a nearly three-month search is believed to have killed her and then himself in Joshua Tree National Park, authorities said Friday.

Joseph Orbeso fatally shot 20-year-old Rachel Nguyen then shot himself during a hike in the national park in July, according to San Bernardino County Sheriff's Department detectives.

Orbeso and Nguyen were reported missing on July 28 when they did not check out of their Airbnb as scheduled. Their vehicle, a burgundy Lexus, was found later that day in the vicinity of the Maze Loop, a popular trail, near the park's west entrance, officials said.

The Orange County couple planned a trip to the park to celebrate Nguyen's birthday, according to Nguyen's uncle.

A large-scale, nine-day search for the couple was launched with over 250 search and rescue members, aircraft teams and canine units looking for the pair. A spokesman for the park told KTLA at the time of the incident that there was no reason to suspect foul play and officials believed the couple had gotten lost in the park.

Some 2 1/2 months later, hikers found the bodies in a remote area of the park on the morning of Oct. 15.

"Due to suspicious circumstances and visible injuries to the decedents, detectives from the Specialized Investigations Division – Homicide Detail were requested to respond to the location," the Sheriff's Department said in a news release Friday.

FULL STORY: O.C. man who was reported missing after hike in Joshua Tree killed girlfriend, then himself, detectives believe - KTLA