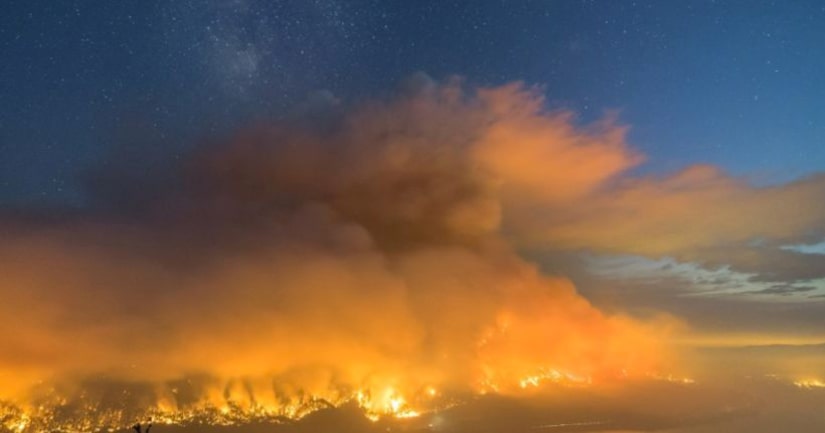 Liz FitzGerald, 48, said she was hiking when she passed a group of teens who were giggling after throwing fireworks into Eagle Creek Canyon, according to Willamette Week.

“I passed the teenagers at that point,” FitzGerald told the paper. “It was a smaller group of maybe seven or nine. Just as I was passing them I said 'Do you realize you just started a forest fire?' and the kid said, 'Well, what are we supposed to do about it now?' And I yelled over my shoulder 'Call the freaking fire department!'”

As soon as she started to smell smoke, FitzGerald gave up on her hike and turned to around to find the hillside already burning. She ran to the parking lot and managed to find a U.S. Forest Service officer.