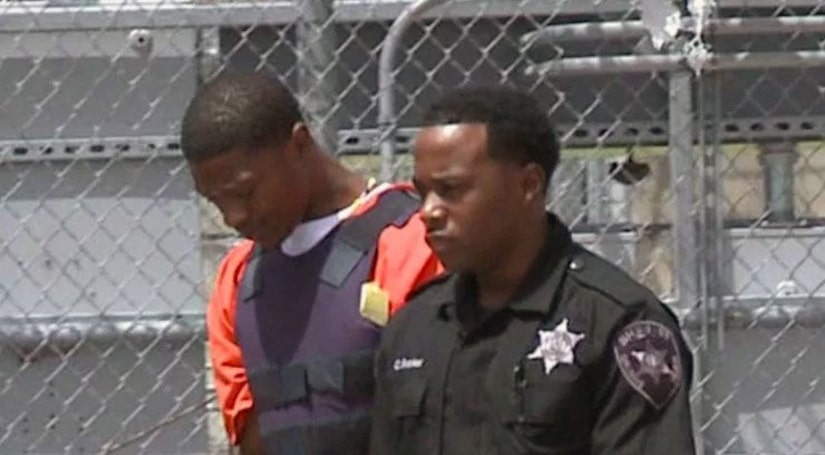 NEW ORLEANS -- (WGNO) -- Travis Boys, the man accused of shooting and killing NOPD police officer Daryle Holloway, had a competency hearing Thursday, one day after he smeared feces on his head and face and ate the feces in court Wednesday.

His attorneys recalled Wednesday's events and said he needed medical care and was asking for medication for an eye infection. Boys told them his eye was throbbing and painful.

He was given a medication. He remained in chambers, but was slumped over and not involved.

Boys sat with them through lunch and continued complaining about eye, according to his attorneys.

When they returned to court, his attorneys say they smelled something and saw Boys smearing feces on his head and face and eating feces from his fingers. His attorney quickly obstructed the view from jurors and the judge ordered everyone out of courtroom.

His attorneys tried to speak with him about what was happening and Boys later told them that he could see them talking, but couldn't hear what he was saying. He continued to eat his feces and occasionally asked for a drink of water.

Deputies eventually stepped in, and his attorneys encouraged him to cooperate. Boys was handcuffed and carried out by deputies, at one point flopping face forward on to the ground in front of the witness stand.

His counsel says Boys is incompetent, saying "it's firmly my opinion he is incapable of assisting me... I'm 100 percent confident in that decision after 15 meetings with him."

His counsel told the court that in the past Boys hasn't been able to relay details about his past or basic information about his life. The counsel asked him about his competency and he didn't know what competency was. Boys had also expressed paranoia in past meetings and had talked about hearing voices.

An expert took the stand after this statement and said Boys has mental illness and intellectual limitation. She believes he should be found incompetent and should go to a facility in Jackson.

She said there they could further investigate his competency, and it would roughly take 60 to 90 days. She says during past testing Boys showed he had a low IQ, but at times she thought he was exaggerating.

One time she asked him to name the colors of the American flag and he said "red and gold," which she says is strange.

She also asked him to spell his name and he spelled it wrong. He also told her he heard voices over the years and was hearing them now.

She said he was easily confused and distracted, but he was able to say he had a serious murder charge against him and could get life.

Boys had previously been declared competent to stand trial for Holloway's death. Prosecutors say boys somehow smuggled a gun into Holloway's patrol car in 2015, after he was arrested for shooting at his wife.

Boys later shot and killed officer Holloway. He was arrested and is charged with first degree murder.

Deputies in the courtroom told WGNO that the judge was not letting anyone sit in the rows near Boys, likely fearing he could act out again, but at the hearing he was not expressing any bizarre behavior, just slouched over in his chair with two deputies nearby, isolated from the rest of the courtroom.