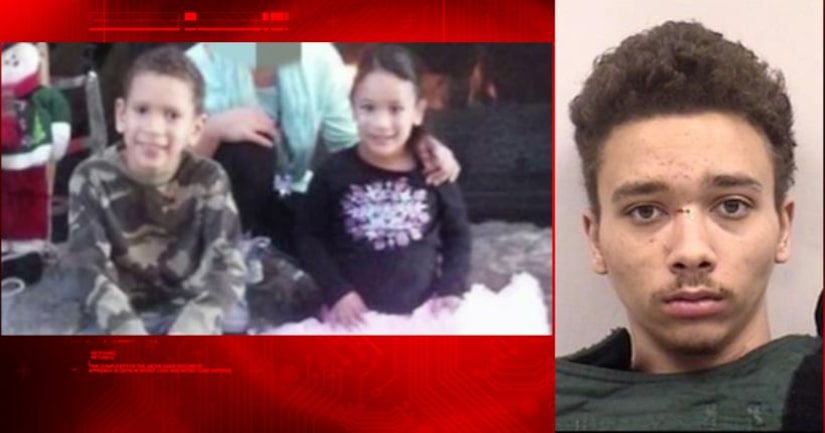 On Tuesday night, members of the community gathered to remember the two young children, and to try to make sense of what happened in their neighborhood.

Police responded to the 900 block of Carlisle Street about 1:10 a.m. where officers found three victims with apparent stab wounds. All three were taken to hospitals.

A 19-year-old suspect, identified as Malik Vincent Murphy, is in custody and has been charged with two counts of first-degree murder. No other suspects are being sought.

Police identified the victims Tuesday afternoon after an autopsy.

The children's father, Jefferson Murphy, is being treated for nonlife-threatening injuries and is expected to survive.

He told police he was confronted by Malik after going to check on one of his children screaming.