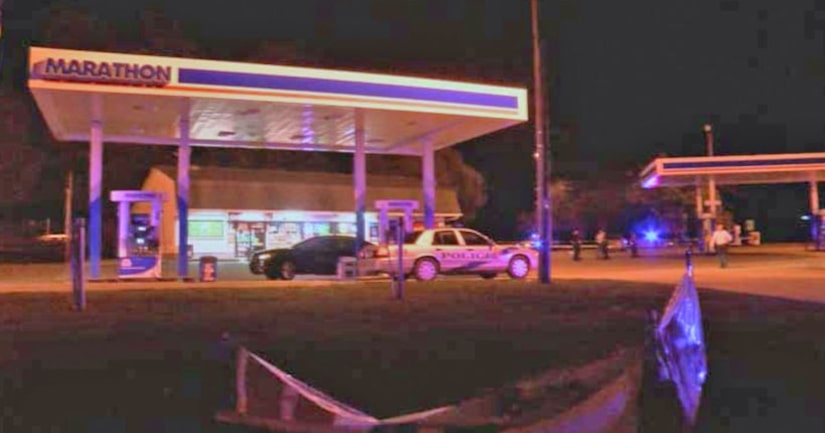 LOUISVILLE, Ky. -- (WAVE) -- The daily operations were underway at Annie's Pizza on Monday, but employees couldn't get back to normal.

"The environment is thick," Candice Hill said. "You don't really want to talk about it."

The employees at Annie's call themselves a family. Early Sunday, they lost the man they called "Uncle Bill." He was a delivery driver.

"I wish I could have been the one to protect him," Hill said. "I'd do anything for anybody out here. I'd protect anybody. They're all my family."

The shooting happened a couple blocks away at the Marathon gas station across from Annie's Pizza, which is on Cane Run Road near Rockford Lane.

Employees said Reichle finished the night shift and left to help a woman put air in her tires.

"When we close down here he would stick around to make sure everybody got out of here okay," Hill said. "That's exactly what happened here that night."

"I worked here before, he was always giving me rides home, he always wanted to make sure I was safe," Andrew Marquez said.

"We had customers that would call and specifically ask for Mr. Bill," Hill said.

"He was always making little kids laugh, when you came in, you wanted to see him," Marquez said.

"If you know something you need to come forward because the people who did this do not care," Ben Mayberry said. "If they don't they care about an old man fixing a tire, they don't care about you."

Anyone with information on this case should call LMPD's anonymous tipline at 574-LMPD (5673).