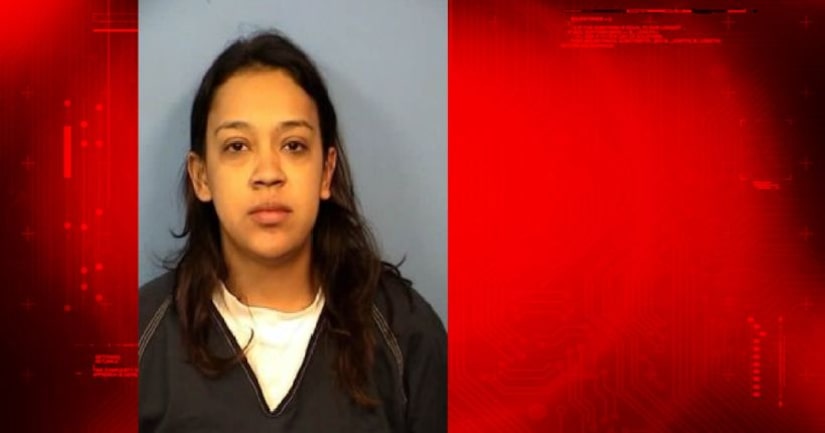 AURORA, Ill. -- (WGN) -- A woman from Cicero is being held on $500,000 bond after police say she crashed her car into an Aurora pond and left her 6-year-old son in the submerged vehicle.

Gladys Ruvira-Garcia, 31, is charged with three counts aggravated DUI, along with several traffic offenses including driving without a valid driver's license.

Police say Ruvira-Garcia was driving her car in the early hours of Sunday morning with four other occupants — her adult sister, two teenagers and her 6-year-old son near Eola and Diehl Road.

She allegedly lost control of her car and crashed it into a retention pond. Everyone was able to escape the sinking vehicle, but Ruvira-Garcia's son was left behind. Police arrived on the scene and extricated the boy from the vehicle. He was taken to a local hospital where he remains in critical condition in a medically-induced coma.

Ruvira-Garcia was taken into custody at the scene of the crash. Police say she had a blood alcohol content above 0.14.