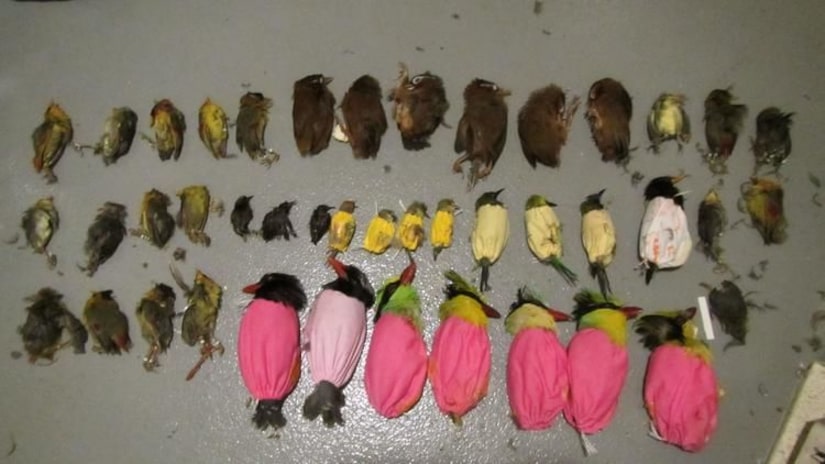 FOUNTAIN VALLEY, Calif. -- (KTLA) -- A Fountain Valley man was sentenced today to six months in home detention, followed by a year behind bars, for smuggling nearly 100 tiny “good luck” songbirds — most of which died in transit — in his luggage on a flight from Vietnam.

Kurtis Law brought 93 of the colorful birds — worth an estimated $90,000 on the black market in the Southland — into the country on March 24. Investigators who searched his luggage at Los Angeles International Airport determined that the birds were at risk of extinction and were protected under the federal Convention on International Trade in Endangered Species of Wild Fauna and Flora.