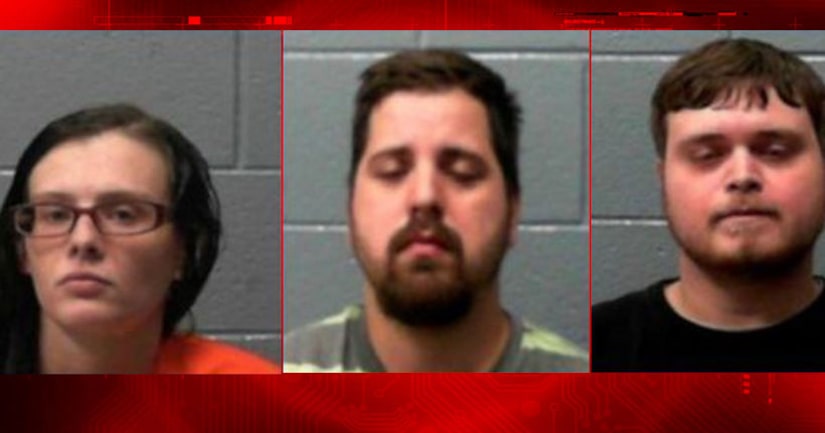 State Police said they responded to an apartment on Dorchester Road Monday to investigate a report that three children under the age of 7 were living in a home with their mother in filthy conditions. They said they made contact with the mother, Gravely, and gained entrance.

There was an overwhelming stench of feces and garbage in the apartment, and the flowers were covered in dirt, trash and dog feces, the complaint said. Rotted food was on the kitchen counters.

Two children were present in the apartment, a 3-year-old girl and a 4-year-old boy, who was wearing only a diaper that was dirty, sagging and appeared not to have been changed for days, the complaint said.

State Police said the children's uncle, Sadler, who said he had been living at the apartment for several days, was sitting in a living room recliner. The mother said the third child, a 6-year-old boy, was with his father, Flowers.

The bedrooms, located upstairs, were covered with trash, dirt and dog feces. A dirty diaper was lying on the floor and a toilet plunger was next to the children's beds. The walls were smeared with feces, and the rooms were covered with gnats and bugs.