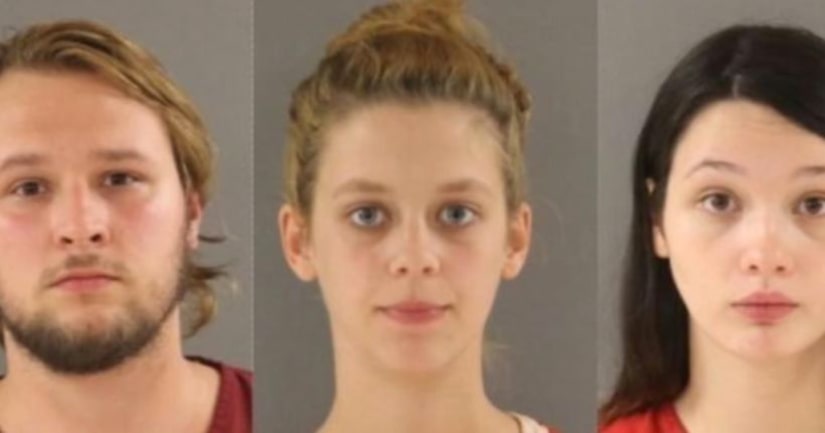 KNOXVILLE -- (WLOS) -- A missing Asheville teen was found during a prostitution sting operation in east Tennessee on Tuesday.Three suspects were arrested during the operation — Timothy King, Jesse McMinn and Tabitha Banks.

According to the arrest warrant, Knox County sheriff's deputies saw an ad on Backpage.com under the category “women seeking men.”

They made an appointment for the “two girl special,” and, according to the warrant, an undercover deputy went to a Holiday Inn in Knoxville. He was invited to room 358. He made a deal with two of the suspects — McMinn and Banks — for one hour of full-service sex for $340.

According to the warrant, McMinn gave the undercover deputy a condom and the two women removed their clothes.

Investigators said King registered the room and acted as security. They found more than $2,700 on him.

Banks said she gave him some of that money from prostitution and King gave the two women a ride from North Carolina, according to the warrant.

Finally, investigators said, they found the missing Asheville teen and brought her to a juvenile detention center in Knoxville to be reunited with her family.

"Usually, the age of entry is between 12 and 14, but we've had a couple of kids in our program that we knew were trafficking survivors and the youngest we had was 10,” Karen Cowan, director at Brandi Nichole Family Enrichment Center, said.