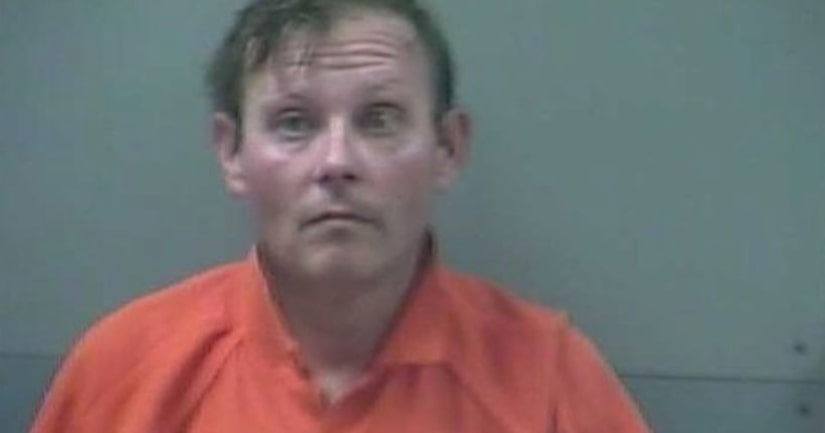 CARROLL COUNTY, Ark. -- (KLRT) -- A man has been arrested after being accused of throwing his poop at an officer during an incident.

Deputies say they had received a call that morning reporting a wreck along Hwy. 187. A deputy driving to the reported address said he was flagged down by a man, later identified as Walden, near the Missionary Baptist Church.

As the officer stopped to check on Walden, he reportedly retrieved a broken painting from his car and carried it over to the officer. The CCSO says Walden then allegedly threw the painting into the open passenger-side window of a patrol car and then began yelling about how the fire department destroyed the painting when they made illegal entry into his father's home.

After the officer told Walden that he was not with the fire department and that he was on the way to an accident, Walden reportedly said, "There is no accident! I called you and told you there was an accident because it was the only way you'd come!" Walden then removed the painting from the patrol car and began to walk away.

The deputy ordered Walden to stop and said that he needed to talk to him. Walden then alledgedly screamed, "No!" and rushed back to his car. According to authorities, Walden then got into his car and began to drive away.

The CCSO says Walden drove two to three miles before turning onto County Road 2332 where he then drove up a long gated driveway and stopped. Walden then got out of his car and ran toward the gate.

As the deputy chased after him, Walden's pants and underwear began to drop down, causing him to fall forward onto the ground. When the officer caught up to him he noticed feces on his bottom. The officer ordered Walden to remain on his stomach, but he reportedly turned over onto his back and began kicking the deputy's knees and a struggle ensued. After a few minutes Walden stopped fighting, began crying and told the officer that he needed to poop.

The deputy then allowed him to relieve himself. When Walden said he had nothing to wipe with, the deputy suggested he use his underwear to do so and Walden did, then pulled his pants back on. The deputy said after that, Walden picked up poop that was in the underwear he was holding, stood up and threw it directly at the officer's face.