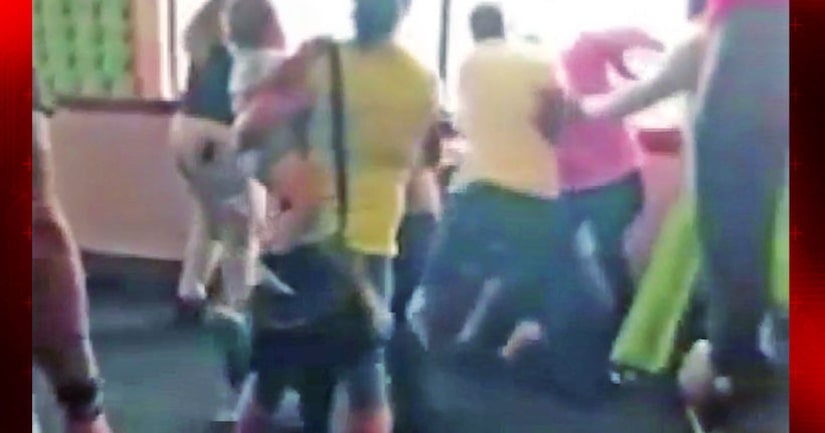 FAYETTEVILLE, N.C. -- (WGHP) -- Police are investigating after a fight broke out at a North Carolina Chuck E. Cheese's over the weekend, according to WTVD.

The brawl was captured on Snapchat and shared on Facebook more than 2,000 times.

The video shows parents throwing punches after one witness said another parent cursed at a child that wasn't his.

Police said seven to nine people were involved in the fight and four were arrested.

According to the arrest reports, the four used their hands, feet, and teeth in the fight that injured one person.

Robin Skipper was at Chuck E. Cheese's on Sunday for her nephew's birthday party and said it was absolute chaos.

“I think it's a shame you can't take kids anywhere without adults acting like that,” said Skipper. “It was bad; there were kids screaming. I was worried about my kids getting trampled by the fight.”