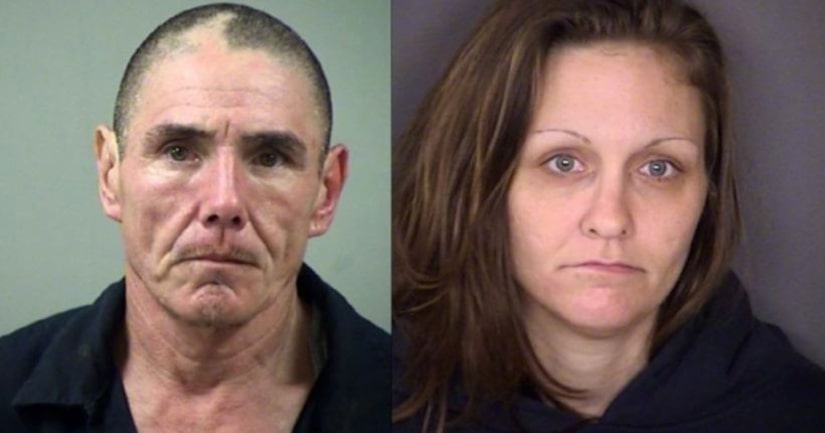 According to arrest papers, Stacy Marie De Los Santos arrived at a hospital with her baby after the child appeared to be acting strangely.

While the mother claimed the infant was teething, medical professionals said the child tested positive for meth. They also stated they were unable to determine where the child's father, Alejandro Aleman, Sr., went after he dropped off the victim and De Los Santos at the hospital.

During questioning, De Los Santos admitted that she and her husband, Alejandro Aleman, Sr., use meth, but claimed they only do so in the back yard and away from their children.

When deputies searched their home, they found used needles and drug paraphernalia throughout the home and within reach of the children, according to court papers.