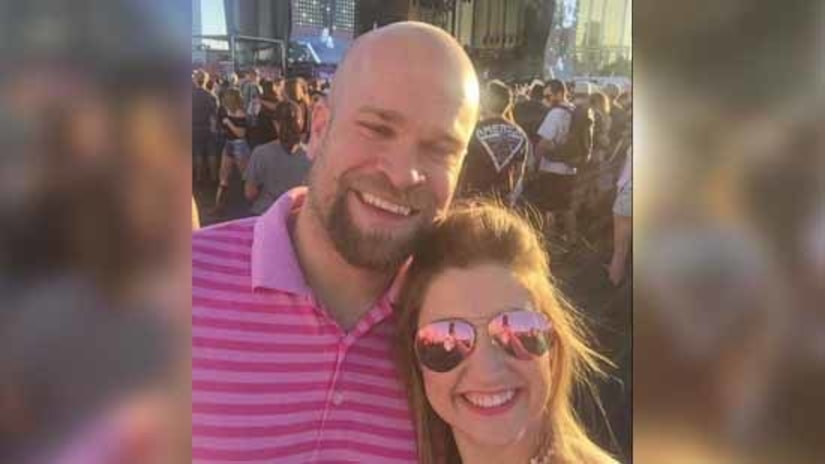 TUPELO, M.S. -- (WMC) -- More than 500 people were injured and more than 50 were killed in Las Vegas when a man opened fire on the crowd at an open-air country music concert.

David Schuch and his wife Sidney from Tupelo were there when gunshots rang out in the middle of Jason Aldean's performance at the Route 91 Harvest Festival in Las Vegas.

Schuch said he first thought the exploding sounds were fireworks, but then he heard the second round of gunshots and realized what was happening.

"That's when Jason Aldean took off. When you saw him run off the stage then everyone knew it was really bad," Schuch said.

Alongside hundreds of people, Schuch said he shielded his wife while they tried to run for safety. On the way they saw multiple people with gun shot wounds.

"I just tried to help them up--help them up, and get keep them running," Schuch said.

He said he helped his wife and several other concert goers climb several 8 to 10 feet tall barricades. Through it all the couple thought of their young 16-month-old still at home, needing her parents to make it through this.

"My wife just kept screaming her name, and that we just needed to get out of that area," Schuch said.

The Schuchs were able to get to safety, but hundreds of other people were not as lucky.

Schuch said the reality of what they escaped still has not sunk in. However they're ready to return home to the face of their daughter that fueled their drive to make it out alive.