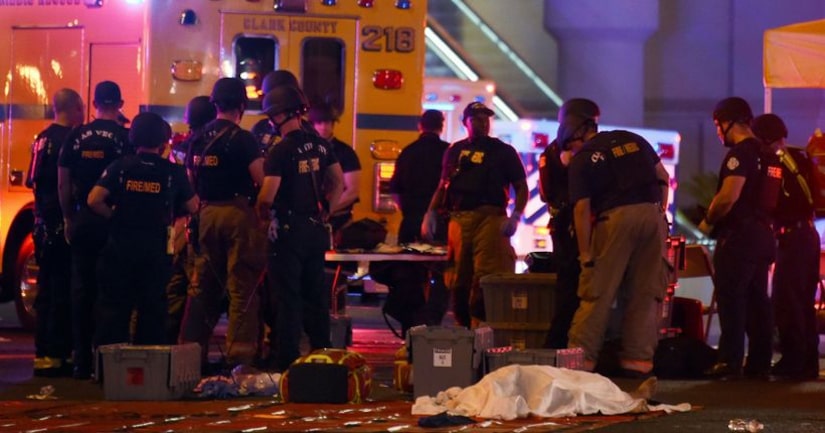 The sheriff said a SWAT team was standing by at a house in northern Nevada. A law enforcement official confirmed the FBI is present in Reno. A resident on the street, where public records show Paddock is associated with the property, told CNN the street has been closed off by law enforcement.

(LAS VEGAS) -- (KTLA) -- When a gunman opened fire on a crowd gathered for a music festival on the Las Vegas Strip last night, he killed at least 50 people -- making the Sunday night incident the deadliest mass shooting in the United States.

Here is a list of the 10 deadliest single-day mass shootings in US history from 1949 to the present.

If the shooter was killed or committed suicide during the incident that death is not included in the total.

October 1, 2017 - A gunman, identified as 64-year-old Stephen Paddock, fired from the 32nd floor of the Mandalay Bay Resort and Casino, on a crowd of 30,000 gathered on the Las Vegas Strip for the Route 91 Harvest Music Festival. At least 50 people were killed and more than 200 injured. Officers killed the gunman.

June 12, 2016 - Omar Saddiqui Mateen, 29, opens fire inside Pulse, a gay nightclub, in Orlando. At least 49 people are killed and more than 50 are injured. Police shoot and kill Mateen during an operation to free hostages officials say he was holding at the club.

April 16, 2007 - A gunman, 23-year-old student Seung-Hui Cho, goes on a shooting spree killing 32 people in two locations and wounding an undetermined number of others on the campus of Virginia Tech in Blacksburg, Virginia. The shooter then commits suicide.