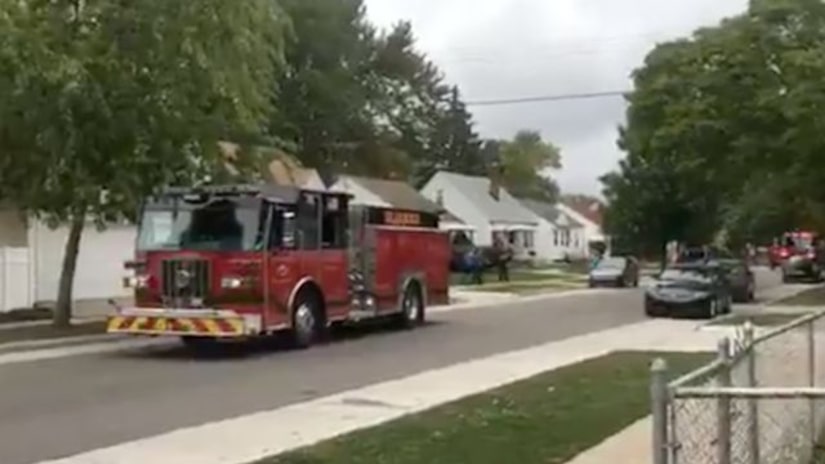 4:50 p.m. Police say the two children who were shot remain hospitalized in critical, but stable condition.

Neighbors identify the woman whose home the shooting happened in as Samantha Eubanks. Relatives say Eubanks doesn't like guns and never thought that her husband, Tim, would have any stored in the home.

"She would always say don't you ever think about bringing a gun in this house," says her sister, Ashley Escobedo. "It's not going to happen so that's why I'm very shocked."

Police confirm that two young boys, ages 2 and 4, were shot in the home. Another child reportedly pulled the trigger while playing with a firearm that was kept inside the home. One child was taken to Oakwood Hospital and another was taken to Children's Hospital. Both are in critical condition.

The woman at the home watches as many as 10 children in the daytime hours, according to neighbors in the area.

The children at the home were taken to the Dearborn Police Department where they will be picked up by their parents.