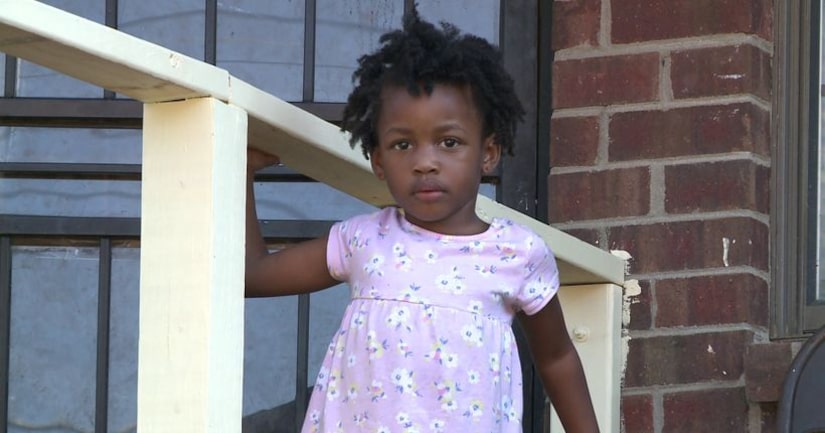 MEMPHIS -- (WGHP) -- A four-year-old and her mother say they were held at gunpoint while visiting family in Memphis this week.

It happened Wednesday around 7 p.m. at the four-year-old's grandfather's house, according to WREG.

Two masked men with guns stormed into the home as the family was gathered in a bedroom looking through photo albums.

"He held the gun to my head, cocked me to the side on this side right here, told me he was gonna shoot me," Melba Orange, four-year-old Zalah's mother, said.

Orange said she wasn't the only one the men held at gunpoint. She said they pointed guns at her sister, her father, and even her daughter.

The men wanted the $12,000 in cash Orange's father had from selling his home in order to pay for his wife's funeral.

She thinks that might have something to do with the two family acquaintances that were with them that night, but who left with the gunmen.