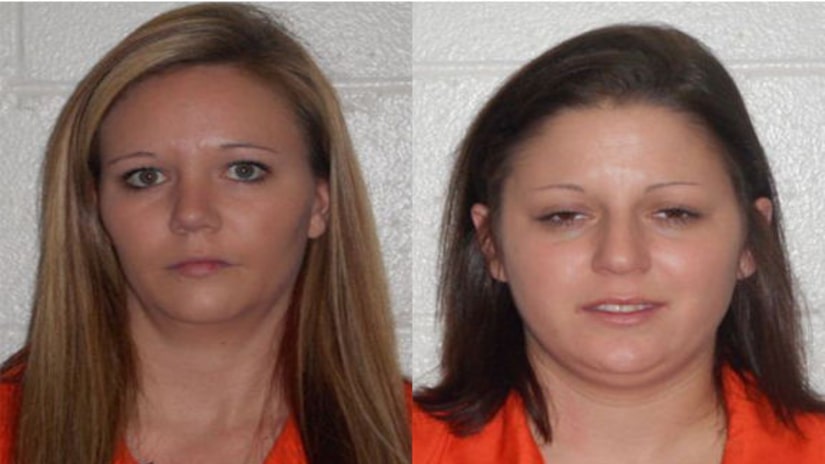 MUSKOGEE, Okla. -- (KFOR) -- Two Oklahoma women who are accused of abusing a 5-year-old over the course of several months were sentenced to prison this week.

Rachel Stevens, 29, and Kayla Jones, 26, are charged with felony child abuse by injury and child neglect after allegedly beating a 5-year-old boy so severely that he suffered two strokes, the Tulsa World reports.

In 2015 December, police say the boy was airlifted to OU Medical Center, where doctors discovered he had multiple broken bones at different stages of healing and was malnourished.

According to an affidavit, the boy also had lesions on his face and was having seizures.

Court records show the boy suffered two strokes due to trauma while he was being treated at OU Medical.

Investigators say they learned the boy had been locked in a room, bound with duct tape over his eyes, beaten with belts and a hammer, and had been kicked in the genitals until he bled.

The boy reportedly told police that his mother, Stevens, and Stevens' girlfriend, Jones, were responsible for the abuse.

Police say another 5-year-old boy and a 7-year-old girl also lived in the home, but they do not believe those children were abused.