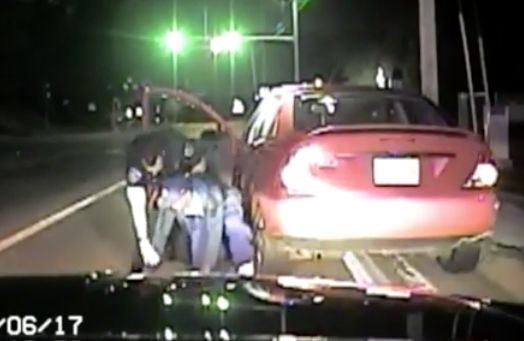 WTIC
WTIC - "It was difficult for the officer to watch the video, but Chief Vince Delia said it was even harder for him."

ST. LOUIS COUNTY, Mo. -- (WTIC) -- What started out as a quiet night turned into a struggle for a police officer's life according to KTVI.

It started on around 2 a.m. on Wednesday, when an officer—who isn't being identified—noticed car headed northbound at more than 70 miles an hour.

“I thought it was a misread at first, because I usually don’t get cars that fast,” the officer said. “So I grabbed the handheld radar and I immediately turn my lights on and I spin around and catch up to him.”

The red car in the video, driven by 43-year-old Markarios Kirkwood, pulls over and stops after jumping a curb. The officer was thinking it may have been a DWI.