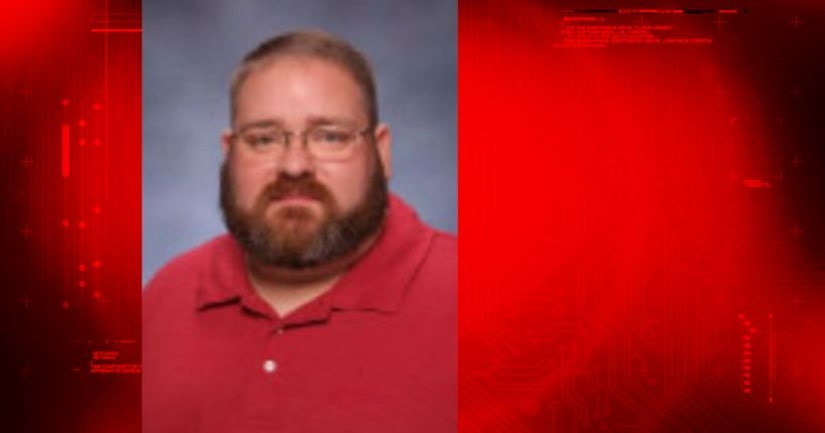 MARION COUNTY, Mo. -- (WGEM) -- A local teacher is accused of soliciting a student to engage in sexual contact, according to the prosecutor.

In a news release Friday, Marion County Prosecutor David Clayton stated Jeremy McClusky, 39, of Monroe City, Missouri, was charged with attempted enticement of a child. Clayton stated the child McClusky is accused of soliciting was under the age of 15.

Clayton stated there were alleged text messages between McClusky and the student.

“This is a very serious allegation," Clayton stated in the release. "My office thoroughly reviewed the available evidence before filing this charge. The defendant allegedly used his position of influence and authority to attempt to solicit sexual contact from this child. If proven, this amounts to a shocking betrayal of trust. The message needs to be clear: If you try to take advantage of children using your authority, you will face severe punishment.”

The Monroe City School District lists McClusky as a paraprofessional.

The probable cause statement was filed by Det. Brock Decker, of the Marion County Sheriff's Office, on Sept. 6.

In the document, Deputy Erin Johnson stated she was dispatched to a residence Sept. 4 in reference to a man wanting to speak to her about his 14-year-old daughter receiving text messages from a teacher at her school.

Johnson stated the father told her his daughter was going to her mother's house and said her teacher asked when she was going and long she would be there. She stated the father's girlfriend told her she thought it was an odd question for the teacher, later identified as Jeremy McClusky, to ask.

According to Johnson, the students' father and girlfriend asked to look through her phone. She said they found a Kik app, which offers mobile messaging, and found alarming messages.

The document states the girl had been speaking to McClusky, who was acting as a counselor, after getting permission from her father and his girlfriend. They said they met him once.

Johnson stated the messages began on Aug. 31 of this year, but the father believed there were previous messages that were deleted.

Johnson said she read through the messages, which were from Aug. 31 to Sept. 2, and they seemed very personable. She said the messages included the teacher and student talking about her losing her virginity and her performing a sex act on McClusky.