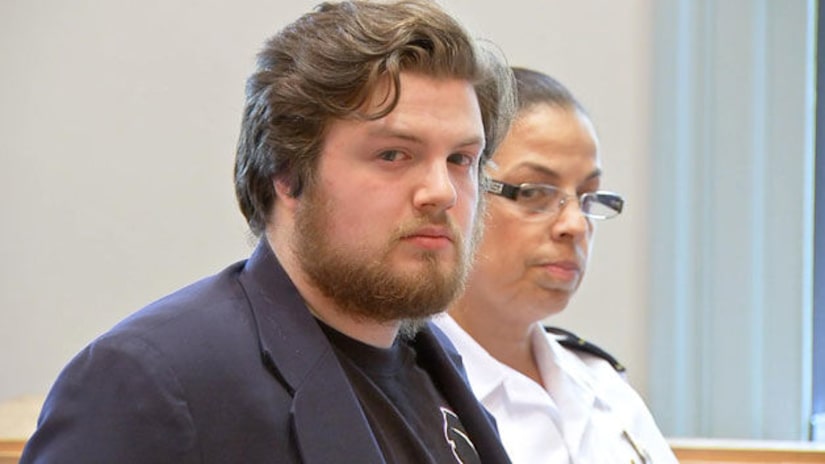 Tim Record, 20, was ordered held without bail Wednesday after pleading not guilty to the murder of his 23-year-old brother Nathan Tuesday evening.

Police were called to the family's home on Lakeshore Drive for a report of a stabbing just before 7:30 p.m.

According to court documents, witnesses told police the brothers were arguing over the use of digital devices which overwhelmed their internet bandwidth and that led to a fight. They claimed Nathan punched Tim in the face and head and went to his room.

Tim Record then grabbed knives from the kitchen and stabbed Nathan in the chest, authorities said.

Nathan Record was rushed to the UMass Health Alliance Hospital in Leominster where he died.

Tim Record was brought to the Leominster police station where he was questioned and later arrested.

He was wearing handcuffs and shackles at his arraignment in Leominster District Court Wednesday.

“I would say the family's in mourning at this point, that's probably the best way to describe their situation. Very sad, very tragic,” Record's attorney, Blake Rubin, told reporters.

Tim Record is due back in court October 6.