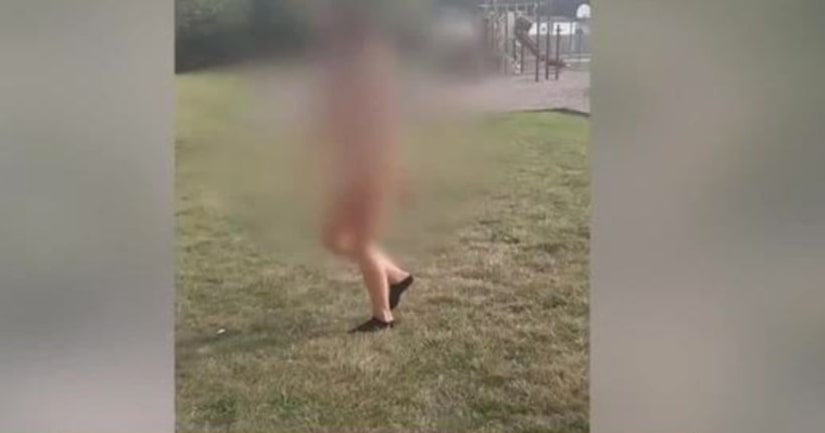 CANTON, Mich. -- (WXYZ) -- A woman has been cited after she ran naked through a quiet mobile home community in Canton.

It happened Saturday evening. Michael Smith is a resident in Maple Leaf North and says the woman came to his house asking for water wearing only a bra and leggings.

Smith says they gave her water from their hose.

“She was just screaming swear words and yelling it was hot," Smith said.

Neighbors say the woman took off her clothes and walked in on a family having dinner.

"I look at the door and boom she's in here. I was just in shock I didn't know what to do," Keon Sinclar says.

His five-year-old son and wife were in the home.

The woman left the house and began dancing in the street and at the playground where kids were playing.