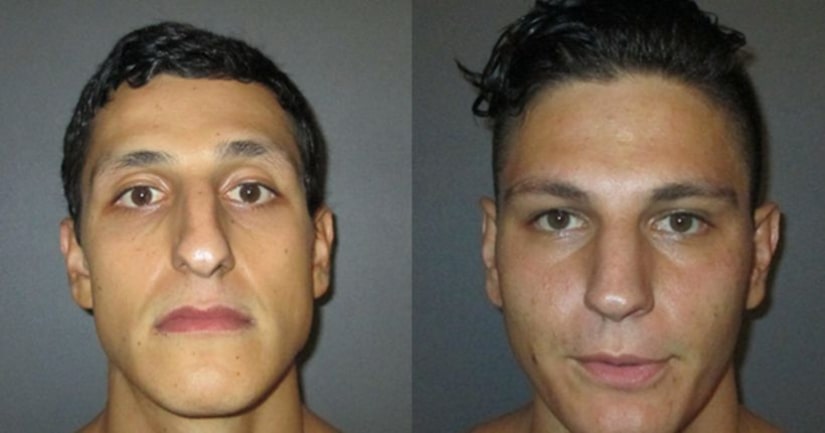 ORANGE COUNTY, Calif. -- (LA Times/KTLA) -- Two brothers have been arrested on suspicion of burglary and felony vandalism after breaking into an Orange County mega-church Wednesday night with a replica rifle and a smoke bomb, police said.

Paul Vincent Vielkind, 24, and Brandon Joseph Vielkind, 22, of Riverside surrendered to police after a brief standoff outside Harvest Orange County, a nondenominational evangelical church in Irvine. One of the men was naked, while the other was wearing only underwear, authorities said.

A security guard called police around 7:10 p.m. saying he saw two men carrying what looked like a rifle break into the church through a glass door.

Irvine police officers, including a SWAT team, responded to the scene and were able to watch the brothers inside the church thanks to surveillance cameras inside, police said.