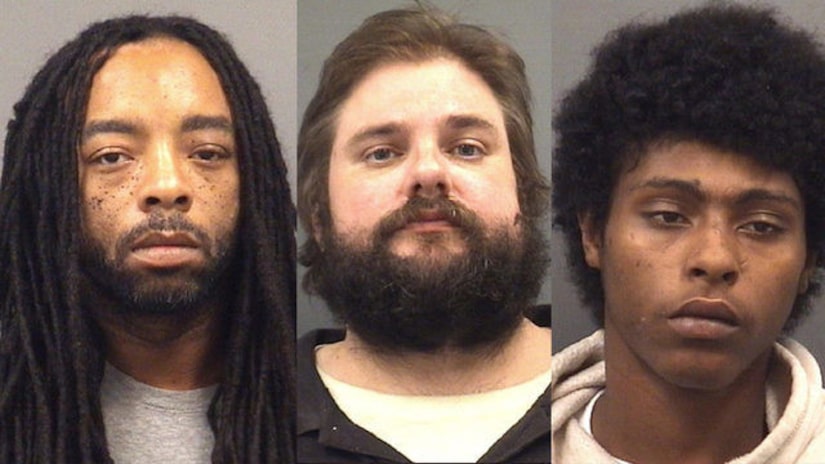 The suspects, Donald Armstrong, 36, Tyrese Stiller, 18, and John Sheehan, 36, agreed to meet the undercover officer in a fast food parking lot on East Innes Street in Salisbury for a drug deal.

Upon the arrival of the suspects, the officer got into their vehicle and was robbed at gunpoint.

The suspects also stole the officer's handgun and about $1,000 in cash, the Rowan County Sheriff's Office said.

The suspects then left the parking lot with the officer, the sheriff said.

Surveillance teams were alerted and confronted the suspect's vehicle.

The officer was not harmed.

Armstrong has an extensive criminal history with state convictions for trafficking cocaine, possess with intent to sell cocaine, possession of a weapon on school grounds, among others.

Armstrong received a sentence of 120 months, but was released from the Federal Bureau of Prisons on July 1, 2016, and is presently on supervised release.

Stiller has a conviction for misdemeanor breaking and entering.

Sheehan has an extensive criminal history with convictions for fleeing to elude, felony possession of marijuana, injury to real property, among others.