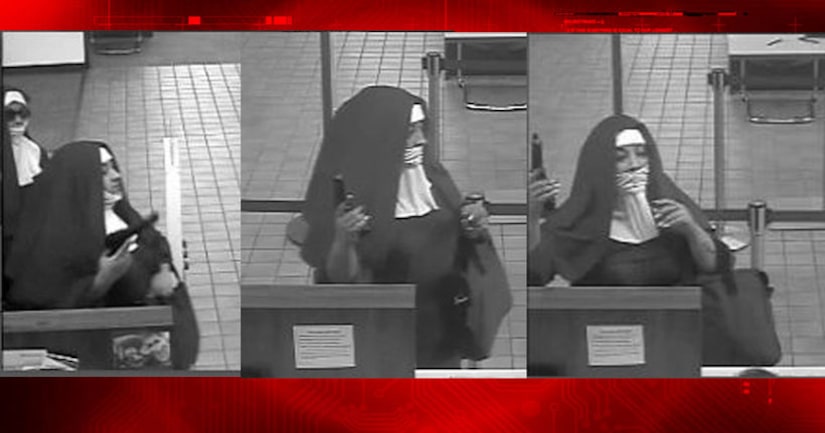 POCONO TOWNSHIP, Penn. -- (WNEP) -- Police say two women dressed as nuns tried to hold up a bank in the Poconos on Monday.

The attempted robbery happened at Citizens Bank on Route 611 near Tannersville just after noon.

Authorities say two women, dressed as nuns, showed tellers a handgun but left without taking anything.

Police believe one of the tellers activated the automatic alarm and scared the two women off.

Pocono Township police officers initially responded to the call, but now Newswatch 16 has been told the FBI has taken over the investigation.

It's unclear if the two women took off in a vehicle or on foot.