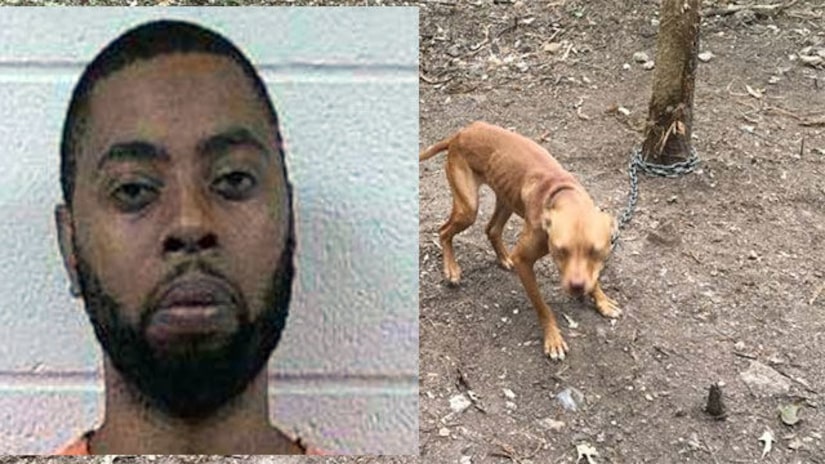 POLK COUNTY, Ga. -- (WGCL) -- A Polk County man has been charged with animal cruelty after police found as many as 70 dogs tied up in the woods with limited access to food and water.

On Monday, the police department posted a live video on Facebook as Dodd walked through the woods showing the various dogs discovered on the property on Cashtown Road in the town of Aragon. As of 1:20 p.m. Tuesday, the video had been viewed more than 1.1 million times.

“You can see, these dogs are not vicious," the chief said in the video "They just want to be loved.”