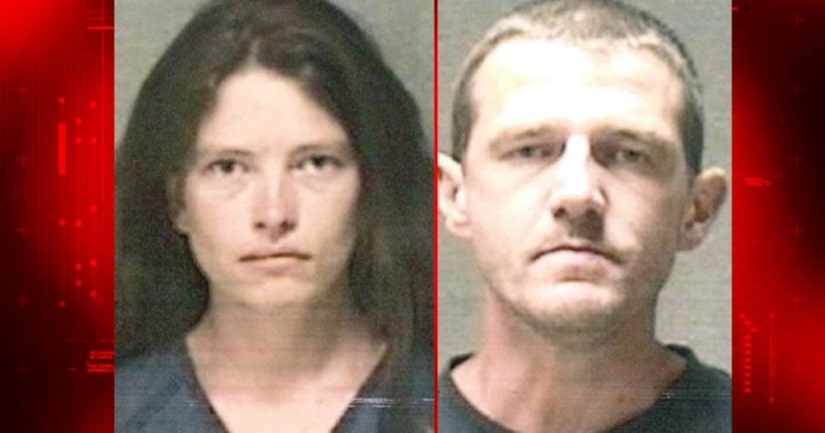 MUNCIE, Ind. -- (WXIN) -- Muncie police arrested two parents accused of passing out in an Arby's parking lot with meth while their children were in the backseat.

Teresa Funk, 30, and Shawn Kiser, 31, were arrested for possession of meth and neglect of a dependent.

According to court documents, police were called to an Arby's on South Madison Street around 8 a.m. on Saturday. The manager called police after she saw the couple's car in the parking lot, and it looked like they were both passed out. The manager said she was concerned because she saw a child in the back seat.

Police looked in the window of the car, and they said Kiser appeared to be asleep in the passenger seat while Funk was playing on a digital device in the front seat. Their two children, ages 2 and 6, were in the backseat.

Funk appeared to be startled by the officer. She exited the vehicle and showed them her ID. Police asked Kiser for his ID, but he was uncooperative. So police placed him in handcuffs.

Police saw a clear bag with a rock-like substance in Funk's purse. It tested positive for meth. Funk claimed she used meth two days ago, but she told police the meth in her purse belonged to Kiser, not her.

Funk said Kiser picked her up that morning and they drove to Arby's with their two children to take advantage of the restaurant's free Wi-Fi.