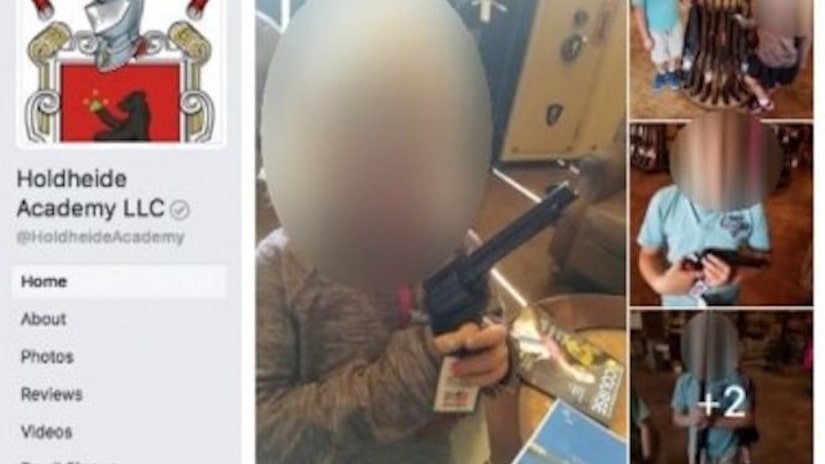 CHEROKEE COUNTY, Ga. -- (WGCL) -- The owner of a Cherokee County private school says she's receiving nasty messages after taking children on a field trip to a gun shop and allowing them to handle weapons.

Tammy Dorsten says she was just trying to give the first and second-grade students a history lesson when she took them to Hi-Caliber Firearms as part of an American History lesson. She says since the incident, her Facebook page has been flooded with criticism.

She even took to Facebook to explain her reasoning behind the trip, posting:

"Due to the recent media attention I thought that I'd give everyone the facts.

"These were FIRST and SECOND graders - NOT preschoolers. The parents were informed of the trip beforehand and we had signed permission slips the day of the event.

"This was a lesson on our country's history- that is in their GA approved curriculum about Annie Oakley, Pecos Bill and Davy Crockett. Our goal was to show the students that it was very difficult for Annie Oakley and Davy Crockett and Pecos bill to be able to accomplish the things that they did.

"This WAS NOT a lesson on guns. The only guns that were shown were a 1894 Winchester rifle and a 6 shooter from the same era.

"And lastly- and more importantly for the last 7 years we have sent EVERY SINGLE preK student home before Christmas READING!!

"Holdheide is an AMAZING place that does fantastic things for children. The teachers love these kiddos and go above and beyond each and every day. We are SO HONORED to spend our day with them!"

This all comes after the private school posted pictures of children posing with the guns. Online critics say the children are too young to handle the weapons, especially a picture posted that appears to be one child with their finger on the trigger.

CBS46 talked with Dorsten about the incident. She says the 6 and 7 year-olds were studying Annie Oakley and the guns were meant to give them a hand-on experience.

Dorsten says parents were informed of the field trip and signed permission slips the day of the event. Dorsten says she posted pictures of the event on Facebook because she was proud. But she later erased them after things got out of hand.