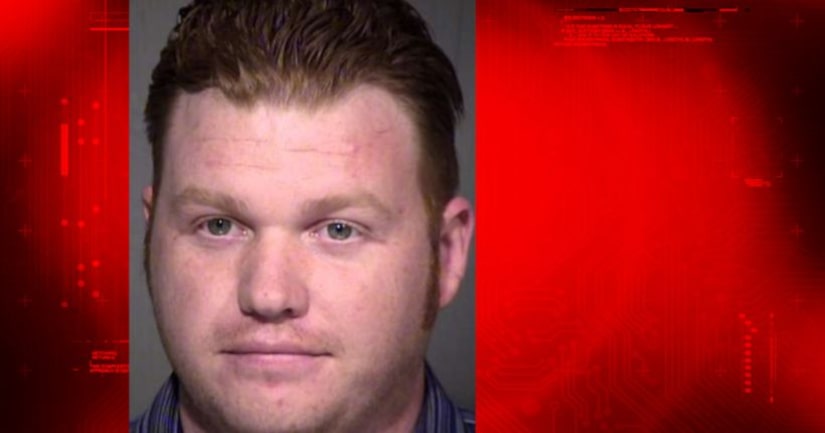 SCOTTSDALE, Ariz. -- (KNXV) -- A man sexually assaulted a woman in an attempt to lure her ex-boyfriend to her home to attack him.

Scottsdale police report that in the early morning of August 20 they were contacted by a man who was concerned for his ex-girlfriend after having strange communications coming from her phone.

Each time he returned her calls, 37-year-old Joseph Adam Foster, answered the phone. On one occasion he was able to speak with her. He told police that she, "had a hoarse voice and sounded lethargic and worn out."

Foster allegedly broke into the woman's home, near 75th Street and Thomas Road, and had a knife in hand when she returned home. He reportedly told her that he had hidden knives throughout the home and was going to lure her ex-boyfriend there to “hurt him."

Foster gagged the victim with a scarf and threatened her saying, "have sex or die" before sexually assaulting her while taking video of the attack. He planned to send the ex-boyfriend the video getting him to come over to the home. He reportedly told the victim that, "She was a pawn to him in order to hurt (the ex-boyfriend)."