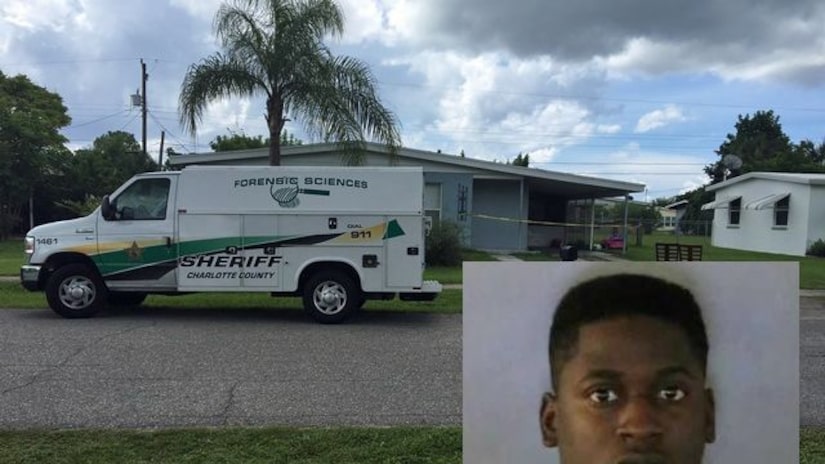 PORT CHARLOTTE, Fla. -- (WPTV) -- A Port Charlotte man is in jail Wednesday after he was accused of shooting his girlfriend in her private area.

Charlotte County deputies responded to the Bayfront Hospital at 11 p.m. Tuesday, after a woman walked in with a gunshot wound. She was later transferred to another hospital for treatment.

Forensic teams were still seen investigating a home on Glendale Avenue, Wednesday afternoon, where the victim lived with her boyfriend and two roommates.

Deputies arrested 22-year-old Durante Clark for allegedly shooting the victim, his girlfriend, in her private area.

After questioning, the victim's roommates, who drove her to the hospital, admitted they were home when the shooting happened. They initially said she went missing after a walk and they found her at the intersection of Starlite Lane and Olean Boulevard.

Clark's arrest report states when deputies questioned Clark, he reluctantly admitted he pointed a gun between the victim's legs but did not intentionally shoot, saying the gun "just went off."

"That's disgusting," Shawn Kolanda, who lives nearby, told Four in Your Corner.

Investigators conducted a search warrant on the home Wednesday, where as of 7:50 Wednesday morning, they had not found a weapon. However, they did find bleach and a garbage bag.