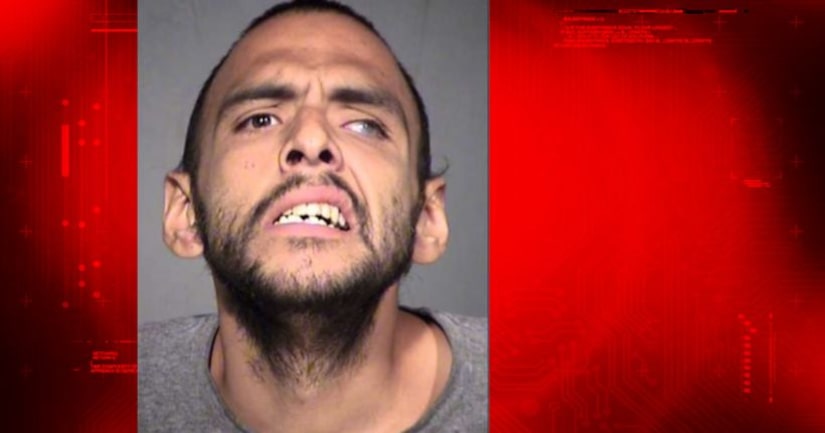 Phoenix police report that on August 18 a homeowner in the area of 67th Avenue and Lower Buckeye Road came home to find a man reaching through the 'doggie door' of his home.

Police say 29-year-old Damien Adame was attempting to unlock the sliding glass door when he was spotted by the homeowner.

The homeowner called the police and held Adame at gunpoint until police arrived.