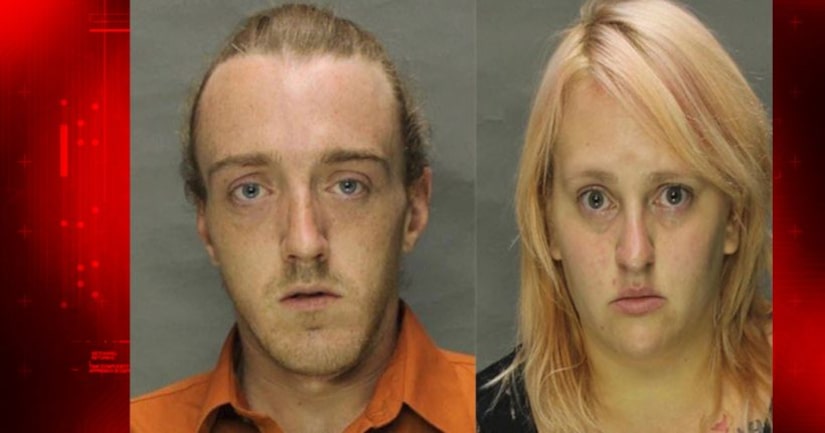 Officers were dispatched to the 100 block of Strack Drive in Myerstown on the morning of April 25 for a reported cardiac arrest involving a toddler. When first responders arrived at the home, they discovered the 2-year-old boy had died, according to the criminal complaint.

Investigators learned the boy had been found unresponsive and not breathing around 7:30 a.m. in his crib by Stash, his mother.

Stash told police when she found her son, he was standing/leaning and slumped over a top railing of his crib, according to court documents. Stash explained she immediately grabbed the boy and took him into the living room where she performed CPR on him on the living room couch.

A few days later, police were told by a relative that Stash and Dwyer routinely put a mattress with “Toy Story” sheets over the top of the toddler's crib to keep the boy from climbing out. Stash and Dwyer then put bags of ice melt/driveway salt on top of the mattress and secured the mattress in place with bungee cords, according to the criminal complaint. When authorities initially interviewed Stash and Dwyer, neither reported that any items had ever been used to cover or contain the toddler in his crib.