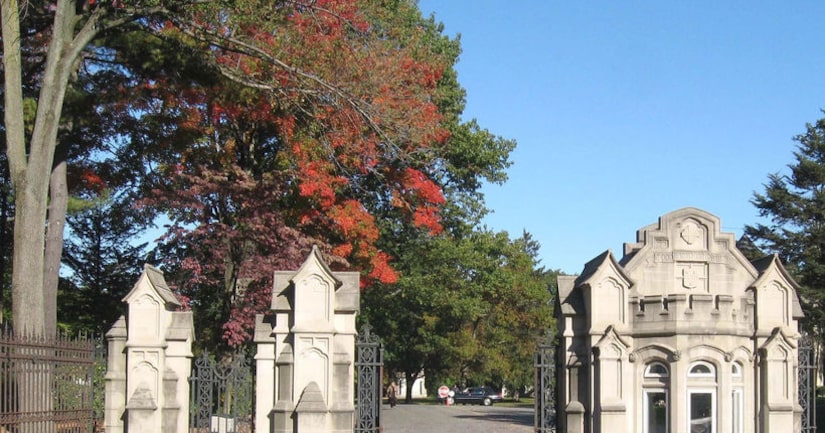 WOODLAWN HEIGHTS, the Bronx -- (WPIX) -- A mausoleum at Woodlawn Cemetery in the Bronx was burglarized, police said Tuesday.

Workers notified police around 1:45 p.m., officials said. Six caskets were removed from a mausoleum wall and left on the floor.

There are some bones missing, but it is not yet clear whether that's because of deterioration or if it's connected with the burglary, sources said.

The NYPD's Hate Crimes Unit was on scene at the cemetery Tuesday.

Woodlawn Cemetery is one of the largest cemeteries in New York City. It is the final resting place of many historic figures.