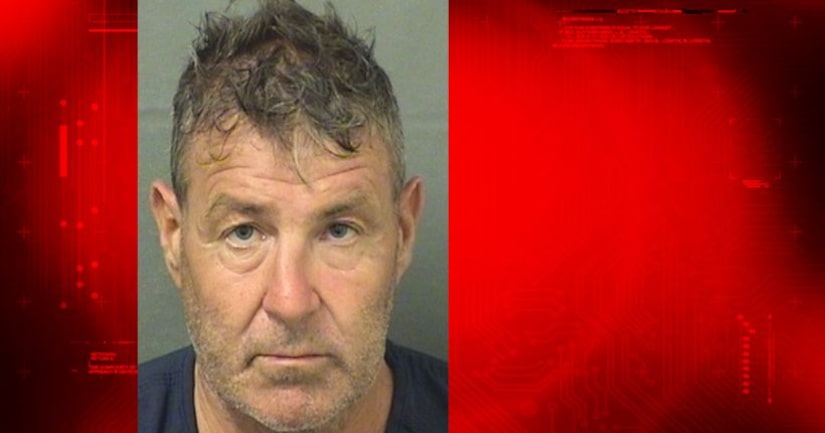 LAKE WORTH, Fla. -- (WPTV) -- A man grabbed a handful of rocks and threw them through a pizza display case after employees at a Lake Worth restaurant told him they did not have any free food, according to an arrest report.

The employees told deputies that James Dennison, 56, of Lake Worth, yelled at a waitress Wednesday at Lake Worth Pizza when she said she couldn't give him a free slice of pizza.

She told deputies she told him to leave and employees escorted Dennison outside. When they reached the front door, Dennison grabbed a concrete planter and tried to throw it into the business located on South Dixie Highway, the report states.

Another employee said he knocked it out of his hands.

Dennison then threw rocks inside the pizzeria, breaking a pizza display case, according to the report.

Investigators say Dennison threw more rocks, hitting the waitress on her leg. Deputies wrote the waitress had a three-inch scratch on her leg from the rock striking her.