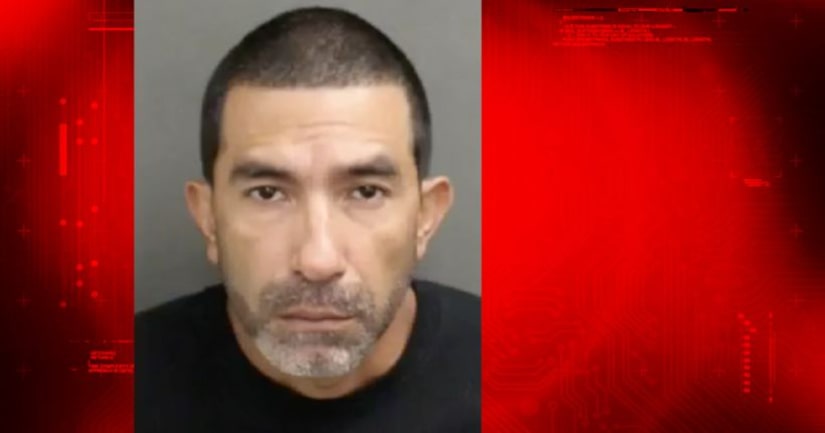 ORLANDO, Fla. -- (WKMG) -- An Orlando detective posing as the parent of a 13-year-old girl on the internet was able to thwart a sexual predator Tuesday from making a real encounter with an underage girl, Orlando police said.

A cyber crime task force member created a profile last week on an e-commerce website acting as a parent of a 13-year-old girl. Raul Medina, 42, of Oviedo, responded to the profile. Medina exchanged phone calls, text messages and messages online with the girl he believed was 13 years old, according to the arrest report.

Medina sent several pictures of his penis to the child and told her that he wanted the child to move in with him, police said.

During one of their conversations Medina said "My job has kids all over lol," and sent a picture of his workplace to the girl, according to the report. Medina texted the child decoy that he walks around "hard" all day thinking of her, detectives said.

Orlando police told News 6 Medina works at Martial Arts on East Colonial. Detectives were told by his employer that he does not work directly with children.

"He stated he wanted to be with her and he wanted the child to worship him," detectives wrote in the report of the communications. "The defendant texted the decoy child regularly and was very demanding when she would not respond quickly. Several times he accused her of texting another male."