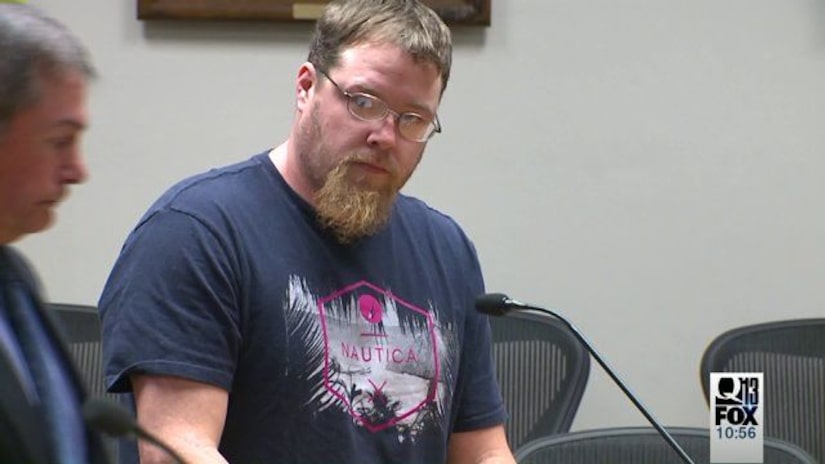 SENTENCING UPDATE: August 4, 2017 - James Evans was sentenced to 12 months in jail by a Thurston County judge on Friday, after pleading guilty to torturing and killing a 3-year-old dog named Diamond.

James Evans turned down a plea deal in court this morning. The case is now headed to trial on Aug. 7th. He was identified last year thanks to tips from Washington's Most Wanted viewers.

Evans had pleaded not guilty to torturing and killing a 3-year-old dog named 'Diamond" on Tuesday.