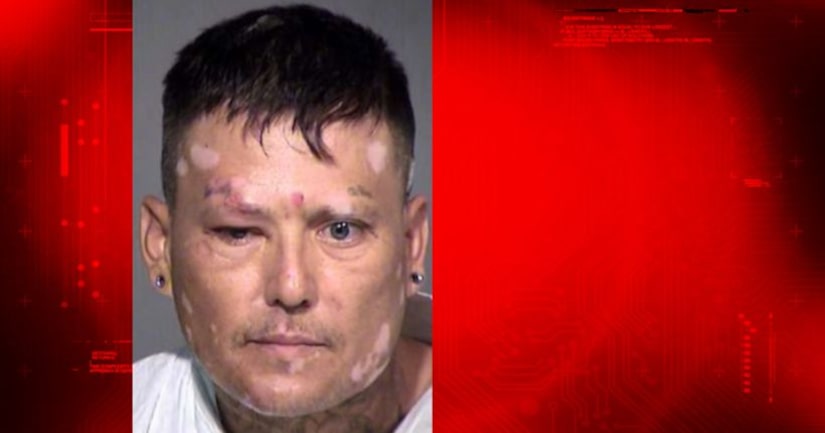 PHOENIX -- (KNXV) -- A Phoenix stabbing suspect reportedly used Superglue and duct tape to bandage his victim's wounds before fleeing on a bicycle.

Phoenix Police report that on August 8 they were flagged down outside a motel near 24th and Adams streets. The victim told them they were inside their motel room when a man, later identified as 40-year-old Jesus Arturo Quijada Carrillo, knocked on their door.

They were expecting a friend to come by so they opened the door, and Carrillo allegedly burst into the room and began assaulting the woman. The male victim intervened, and Carrillo reportedly took out a knife and stabbed him in the arm.

The woman tried to leave the room but was pulled back in by Carrillo.

Police say Carrillo bandaged his victim's wound using Superglue and duct tape. The couple was later able to escape from the room and flag down a police officer.