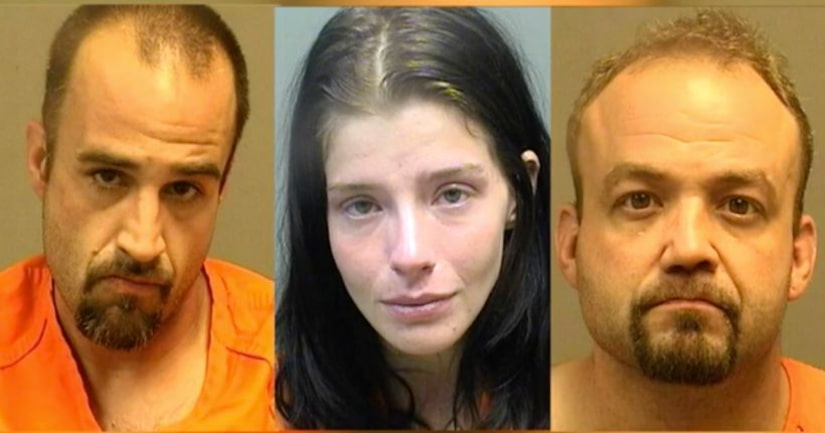 YOUNGSTOWN, Ohio -- (WKBN) -- Seven children were found in a west side home, where police said they uncovered a methamphetamine-making lab.

The Mahoning County Drug Task Force found the suspected drug items in a house in the 1900 block of Manhattan Avenue.

Three suspects — Glenn and Nicole Lambert and Mark Cartwright — were arrested and charged with illegal manufacture and assembly of drugs. They remained in Mahoning County Jail on Thursday afternoon.

Police say some of the drugs were actually being made at the time of the raid.