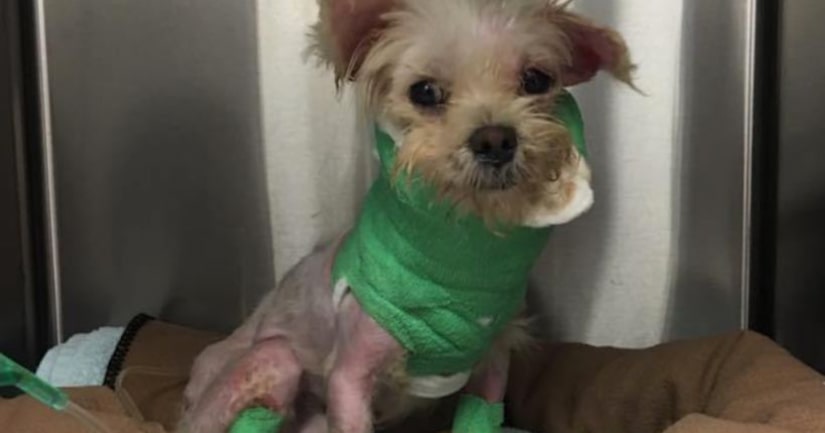 MISSION, Kan. -- (WDAF) -- FOX 4 is following a disturbing story of animal abuse in the metro area. The pictures of a Maltese named 'Remo' are graphic, so be aware of this before you scroll down for more on the story.

Remo was surrendered by his owners after a neighbor reported abuse and neglect to Unleashed Pet Rescue and Adoption, 5918 Broadmoor Street.

Rescuers at Unleashed say Remo was in a tiny pen, his eyes were matted shut and his hair was matted on his body, and there were maggots all over him.

Veterinarians that examined him suggested putting him to sleep because he could barely move and was very sick. However, Unleashed decided to treat him as best they could because they sensed he wanted to fight for his life.