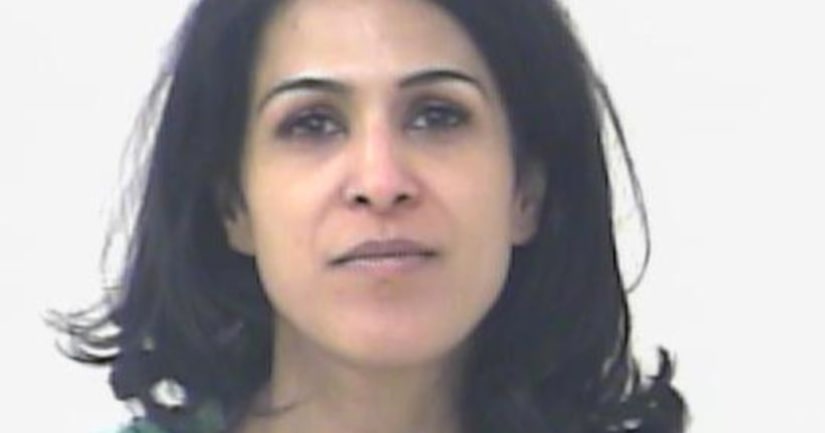 FORT PIERCE, Fla. -- (WPTV) -- A Coral Springs psychiatrist turned herself into Florida Highway Patrol troopers in Fort Pierce for fleeing from a crash on Florida's Turnpike in Palm Beach County, according to FHP.

The victim told troopers he was driving northbound on the turnpike heading to Disney World with his wife and children in a red Subaru sedan on July 17, a report states.

He said in the report a white Toyota Prius was weaving aggressively through traffic when the Prius passed him on the right shoulder and collided with him.

The man's wife was able to take a picture of the Prius as it fled the scene.

A trooper tracked the license plate of the car to Avis, who said it was rented to Dr. Sibyl Simon, of Coral Springs.

Simon is employed at Lawnwood Regional Medical Center in Fort Pierce and a trooper found the Prius in the hospital's parking lot with damage to it, the report states.

He said he could see red paint in the damaged area of the car, but it appeared it was spray-painted over. He said he could tell from the paint on the ground the car had been painted where it was parked.

Simon agreed to talk to investigators at the trooper station in Fort Pierce. She told them in an interview that she was not in a crash. She insisted the damage on her car was from hitting a rail inside of her garage at home, the report states.

Simon told the trooper she bought the paint at Walmart and painted the car in the hospital parking lot.

The trooper said he believes the evidence is consistent with the victim's story.

Simon is charged with damaging property and destroying evidence. She was booked released from the St. Lucie County Jail on $10,000 bond on July 31.

Conan Urbanek, manager of Tuff Coat Paint and Auto Body, looked at the pictures of the rental car troopers took after they found it. He said the damage was to more than just the paint.